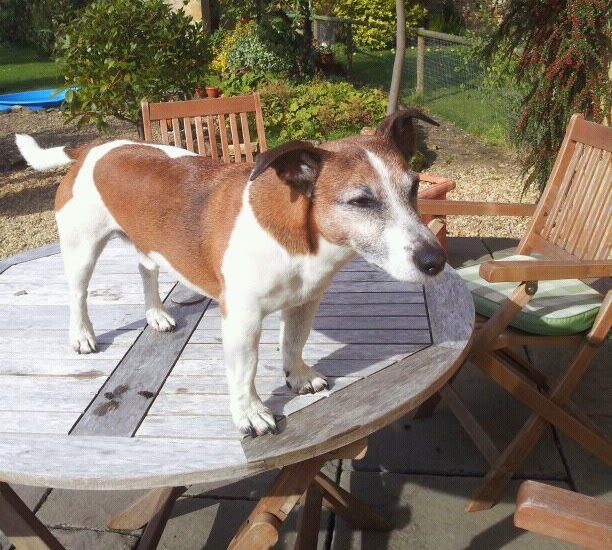 Chico was diagnosed with lymphoma in March 2014 and started a course of Chemotherapy along with steroids.

This worked well to start with and the most obvious lymph node affected reduced in size. The side effects were minimal apart from his ever increasing hunger from the steroids.

Then Chico’s blood count was effected quite dramatically so it was decided to stop the chemotherapy; the lymph node did not reduce any further so Chico went on a journey to see a specialist.
He was put on a different chemotherapy which was administered every 3 weeks.

On one of Chico’s walks in London’s Regents Park, after two new treatments of chemotherapy and having nauseous after effects, Chico’s owner, Harry, told a fellow dog walker his story. The lady listened with interest and sadness then suggested he take Chico to see a healer called Helen.

Within a week I was heading into town to meet Chico and Harry. Chico’s immune system was very weak and Harry was worried he may pick up a bug if he were to travel to see me in Potters Bar.

I was met by a very vocal Chico at the door who proceeded to let me know he was there for some minutes, ‘well, not a lot wrong with his attitude then’ I thought! He certainly had a lot of fight in him.. a good sign. He eventually became quiet once I was invited to sit down and offered a cup of tea.
Chico kept his distance and an eye on me as I chatted to Harry about his situation.

‘Well then let’s give the little chap some healing shall we?’ I said, casting my gaze in Chico’s direction.
‘He is not very good with strangers’ Harry said ‘he is not likely to come to you.’
With that, Chico sprang to his feet from his resting place, ran over and jumped onto the sofa next to me where he settled down! To the surprise and delight of Harry.

Posted by Unknown at 3:26 pm No comments:

Rod for my own back - Harry Cat

Rod for my own back

My little Harry cat is a sucker for a treat so when I trained him to give me a kiss for one, I was so chuffed with myself and Harry of course.
When people come round we show off our new trick as Harry stands on his back legs and I bend down towards him, with a wet nose onto mine as I give him a kissing noise and tell him what a good boy he is. ‘Aaahhhhh’, I hear you cry, ‘how sweet is that’. Well that is just what I thought.... until it all back fired.

Now when Harry fancies a treat he will hunt me down, if I happen to be at my desk or in an accessible place he will clamber over the computer, chair, another person, anything to be able to reach the treat button.... my nose. 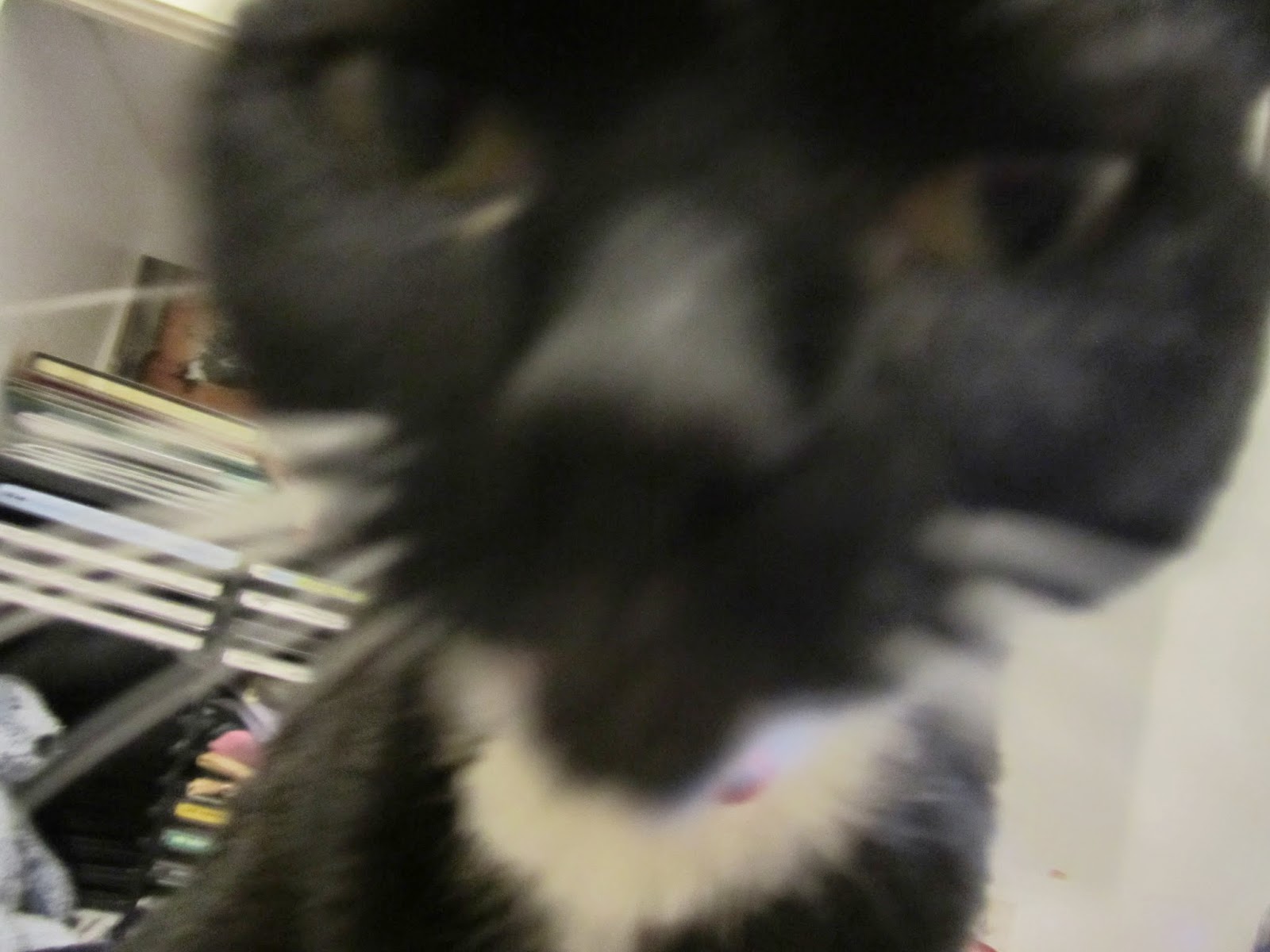 He’s no fool, he knows I will now do anything to stop his wet nose prodding me when I am working, watching the television, sleeping, on the telephone or even in company. He, he, he, h, h, ... ‘OKAY... you can have a treat if you just let me finish this’... that should keep him quiet for a few minutes, where was I... He is a complete sweetie and very bright.

I shall think twice before teaching him any other tricks in the future.

Posted by Unknown at 3:44 pm No comments: