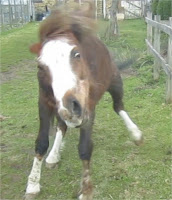 I am starting a Meditation/Relaxation evening in Stevenage, Hertfordshire every Wednesday evening.

It is a chance to think solely of yourself, to relax physically and mentally and to look at changing your life for the better.

There is a limited number of people due to the size of the room so you will need to book in advance.
Approximately 1 hour, starting at 7:30 p m at the Hertford Road Community Centre: http://maps.google.co.uk/maps?q=Hertford+Road,+Kenilworth+Close,+Stevenage&hl=en&sll=51.84006,-0.275111&sspn=0.623644,1.234589&oq=hertford+road+co&hq=Hertford+Road,&hnear=Kenilworth+Close,+Stevenage,+Hertfordshire,+United+Kingdom&t=m&z=16

Apologies to those of you reading this in Russia / Australia / United States / Canada / Finland / France / Latvia / Pakistan  and more!

Posted by Unknown at 9:53 pm No comments:

Email ThisBlogThis!Share to TwitterShare to FacebookShare to Pinterest
Labels: Helen the Healer, Meditation, relaxation, self help

Spirit:'round round wheels go, down up down' 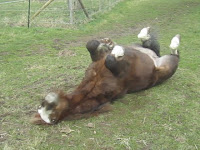 Blacky’s injury has been taking my attention away from Spirit these last few weeks, I have been giving him the occasional healing zap on his back and knees but Jessica and I have been concerned about Blacky more and this, I am ashamed to say has back fired. Spirit has been getting stiff on his legs and now he is not always happy to come out of his house.


On the days Spirit is happy to go to his field he tip-toes across the shingle path then walks much better on the soft ground, where he still insists on rolling around in the mud, but I think he pays for it later in the day with a achy back.

Today I needed to pay Spirit a lot of attention with the healing, I was not sure if he needed work on his emotions, back, knees or all three so I started with a chat as I lay my hands on his head and neck. He stood beautifully still for me, no biting, no kicking and as he took the healing his eyes softened and even started to close. This really was not Spirits way yet I was not worried, I felt the stillness in him was due to the over due healing.

I soon realised he needed re-assurance again so I let him know how much he is loved and how he did not have to perform his tricks in order to be allowed to stay… he could be himself and Jessica would still love him and keep him; his demeanour relaxed a little more which made me realise how I had neglected him of late. I ran my hands slowly down his neck, all the while giving him lovely thoughts and on to his chest where I felt a surge of energy go through. The energy was not for a physical ailment but an old emotion that had reared its head; he was still pining for a soul mate who was taken from him in his former life at the circus. This soul mate was another pony, almost identical to Spirit, they were a double act and comrades but one day he was taken away, never to be seen again. Spirit was heart broken! How I did not know about this before worried me, ‘how could I have missed something so profound in his life?’ Then I understood; the shock of seeing Blacky taken away brought it all back. If Spirit could cry I think he would have done, as I certainly had tears for him. As I raised my head to tell Jessica of the tragedy, she too had sensed the emotions and was welling up.

I searched my mind to find out what happened to his soul mate, the answer, from one of my guides, soon came back; he had passed away that day but Spirit did not know. I asked if the dear departed pony could come to see Spirit, to re-assure him of his well being in the next life. Sure enough there in our mind’s eyes was a double of Spirit, younger and slimmer but very similar. I showed Spirit how well his mate was and how he did not need to worry. Rather oddly, the soul mate was sporting a pair of small wings on his back…. Not something I had seen before, he floated around happy as anything.

Though Spirit did listen to me and I am sure was able to see his pal, I feel he will require a couple more sessions to convince him.


I gave him healing for his legs and back as he stood still and relaxed for me, Jessica counted seven big yawns during his healing. I finished by telling him once again that he will be loved by his mum for who he is and not for what he can do, it was at this point he gave Jessica such loving nudges with his head and for the first time, with no teeth!

After explaining the story to Jessica she wondered if the wings on Spirit’s soul mate were perhaps part of their act together.


I feel once Spirit relaxes emotionally, he will also relax physically and be so much better for it.


Ten minutes after his extra long healing session, Spirit was rolling around the mud in his field with his back legs flailing as if he was riding a bicycle! – I’m sorry to say I missed filming it.

Posted by Unknown at 6:58 pm No comments: 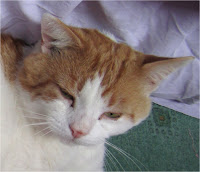