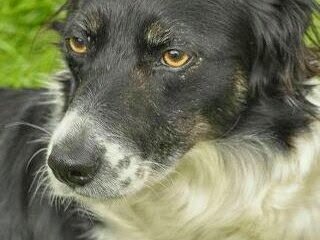 My healing on this first visit was also drawn to a second area on Star’s spine, towards the base of her back. I kept the healing going until I felt it dissipate which tells me she has had enough on this occasion.

A few years ago Star had a paralysed back leg which has slowly come back to life but is still not strong so I had a feel around there too; it felt to me like a pinched nerve.

By the time I was finished with Stars long healing session she was quite happy dozing on the floor.

I did feel a sense of urgency with Star’s healing although I felt no pain, she was very lethargic and confused as to why she can no longer play as she used to, so I suggested she returned soon for more treatment and that they consult with Richard Allport, our homeopathic vet. 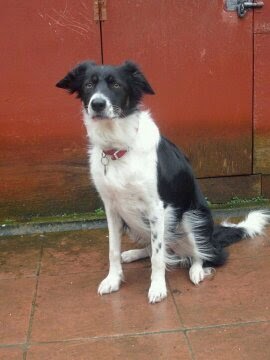 Posted by Unknown at 3:16 pm No comments: