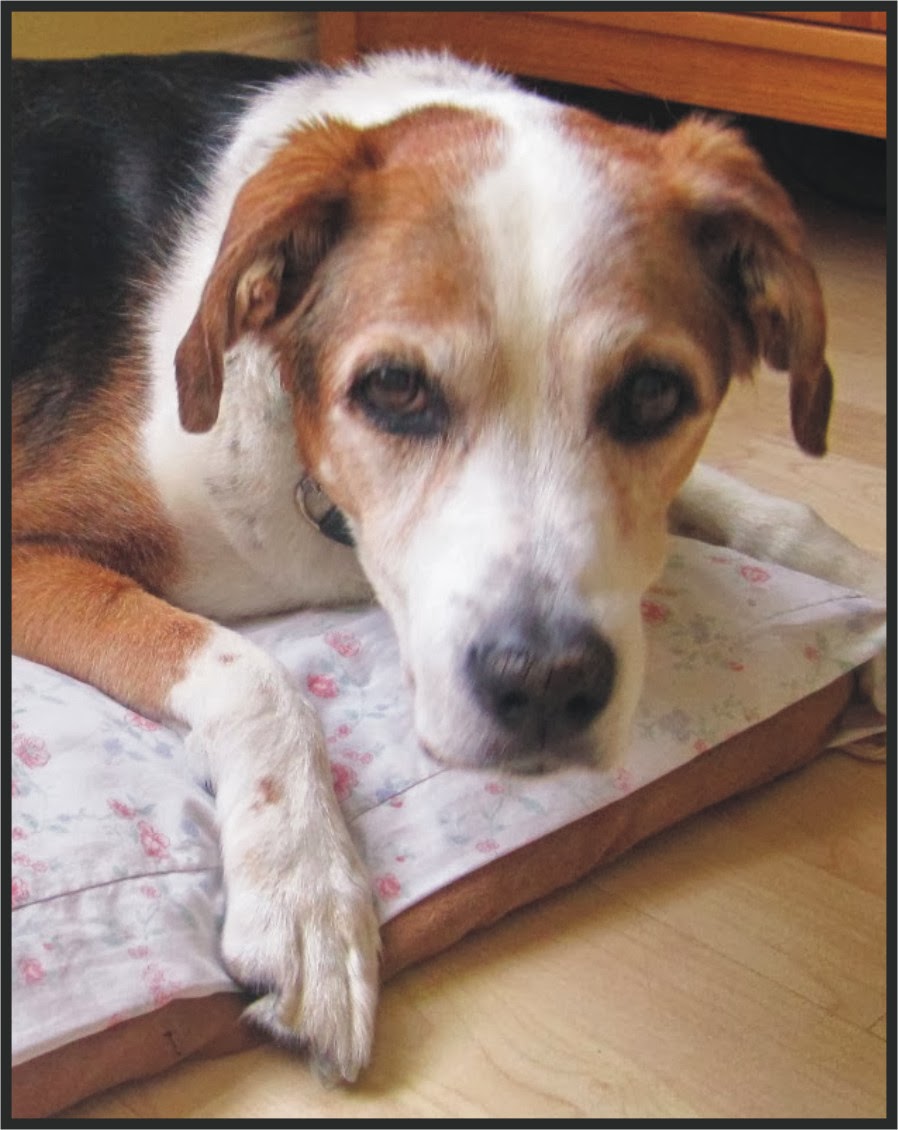 Dear Tazz became weak on Sunday, his legs were struggling to lift him and he seemed happy to stay in his bed.

I saw him on Tuesday; his Chi (energy) was very weak, Sheila and I were in agreement that Tazz had decided it was time to move on to the next life. He was not in any distress or pain, just weak. As with all owners, I suggested Sheila told Tazz that it was okay for him to go, she would miss him but she would be all right. This often gives the animal or person permission to let go..... seems she had already done so!

Tazz passed away quietly on Wednesday from old age. It was a privilege to have known both Tazz and his family.
Posted by Unknown at 6:47 pm