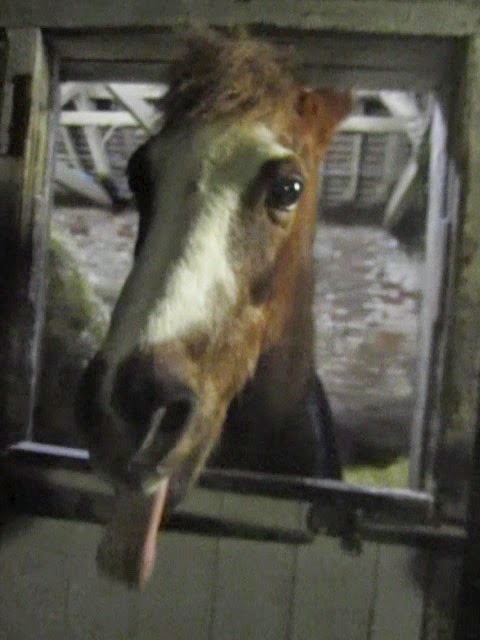 ‘Well...’ Paul said slowly, ‘I really do not think it will help him but I will cut back the hoof and we can go from there.’  The whole stable omitted the biggest sigh of relief you have ever heard.

Paul worked in a strained silence as Spirit’s feet became smaller and smaller. Having the x-ray to work from he could cut away without the danger of hitting the all important pedal bone. Spirit was unaware of the ongoing drama, you could almost hear him snoring in his owner’s loving arms... which, I might add ached like crazy for days afterwards. Jessica took her chance while she could to cuddle and kiss the unwitting beast in her arms.

The foot was trimmed as much as he dared ... now for a new x-ray to see if it had made enough difference to put the new shoe on; The tension was palpable as Spirit happily placed his new foot on the machine. Paul and Gary knelt down to view the screen; Gary’s face lit up with delight and a glance of ‘I told you so’ flicked across to Paul. For the first time since the nativity play had started Paul actually smiled and agreed that Spirit’s foot now looked almost normal, I’m not sure he could believe what he was seeing.